Robert Sapolsky is a long-haired New Yorker that has studied the neuroscience and endocrinology of primates for three decades, focusing mostly on the hormonal phenomenology of stress. He is also a professor at Stanford. 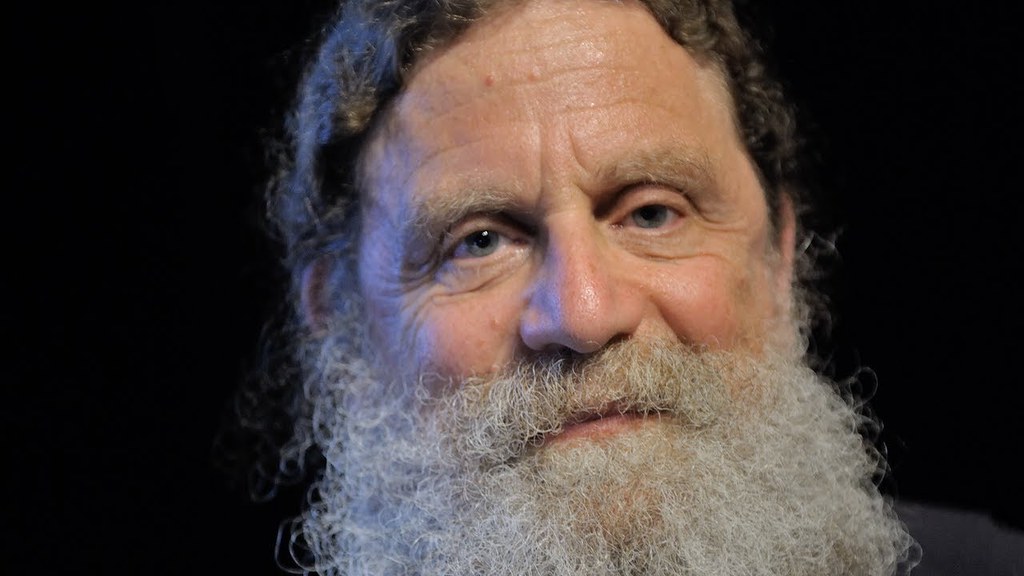 I just watched his recorded lecture series on human behavioral biology for (I think) the third time. It's a pretty good chunk of video: each lecture is a little over an hour and a half, and there are twenty-five of them. I personally like his mannerisms and style, but he is a little scattered. Also, the video and audio quality are not great. Like, pretty bad, honestly.

But, the content is so cool. If you're not into human biology, I guess I wouldn't recommend it. No matter what your interests, though, there is a particular lecture that I would heartily recommend to anyone. It's a discussion on complexity and emergence. Sapolsky's lead-in is a class on chaos and reductionism. That one's pretty good. But definitely watch the emergence one here.

He illustrates the concept of emergence with these little lightweight simulations called cellular automata. It's a way of drawing squares on a grid, frame by frame. Whether each cell in the grid is filled or empty depends on what happened in the previous frame. There are some simple rules for each cell, based on the state of adjacent cells. You can watch an animation here from a famous case by the main popularizer of cellular automata John Horton Conway. 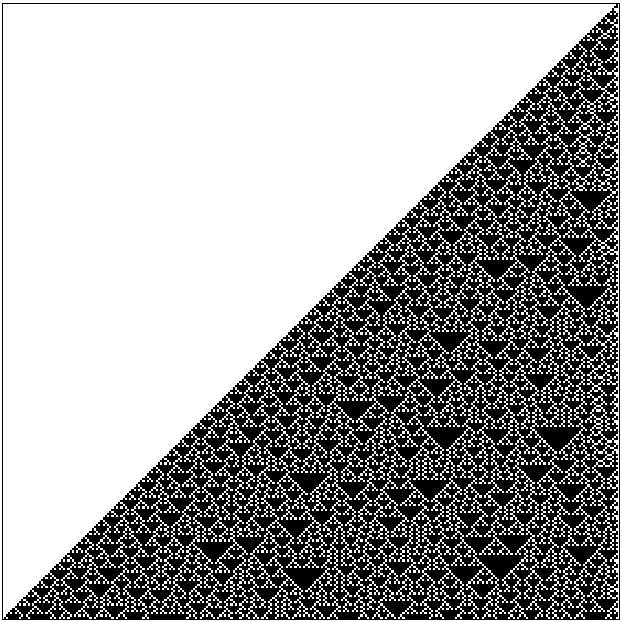 The idea is that the dumbest, most insignificant pieces of shit can actually carry out the most astoundingly complex behavior imaginable, as long as you have enough pieces in a space, and they can interact.

Sapolsky offers the example of an ant versus an ant colony. You put a single ant on a table. It wanders around aimlessly, looking for a pheromone trail. You put a hundred ants on the table, and they still don't seem to be able to coordinate in any meaningful way. But you get ten thousand ants in a space, and all the sudden they're foraging, building complex structures, regulating the temperature of the mound, etc.

This idea that there can be higher-order phenomena that transcend the logic and the capacity of any individual in the group seems to me to have implications in just about any situation or context there is. I think our conception of politics, economics, law, and history often disregards the daunting presence of emergence. In the modern world, we are swimming in systems - local governments, state governments, national governments, markets, media, the internet, religions, schools; all of them can have properties or phenomena which can't be tied back to or held to the account of any individual or even any specific selection of individuals that belong to the group.