The guy that taught me about Buddhism and was my meditation teacher looked like this kinda: 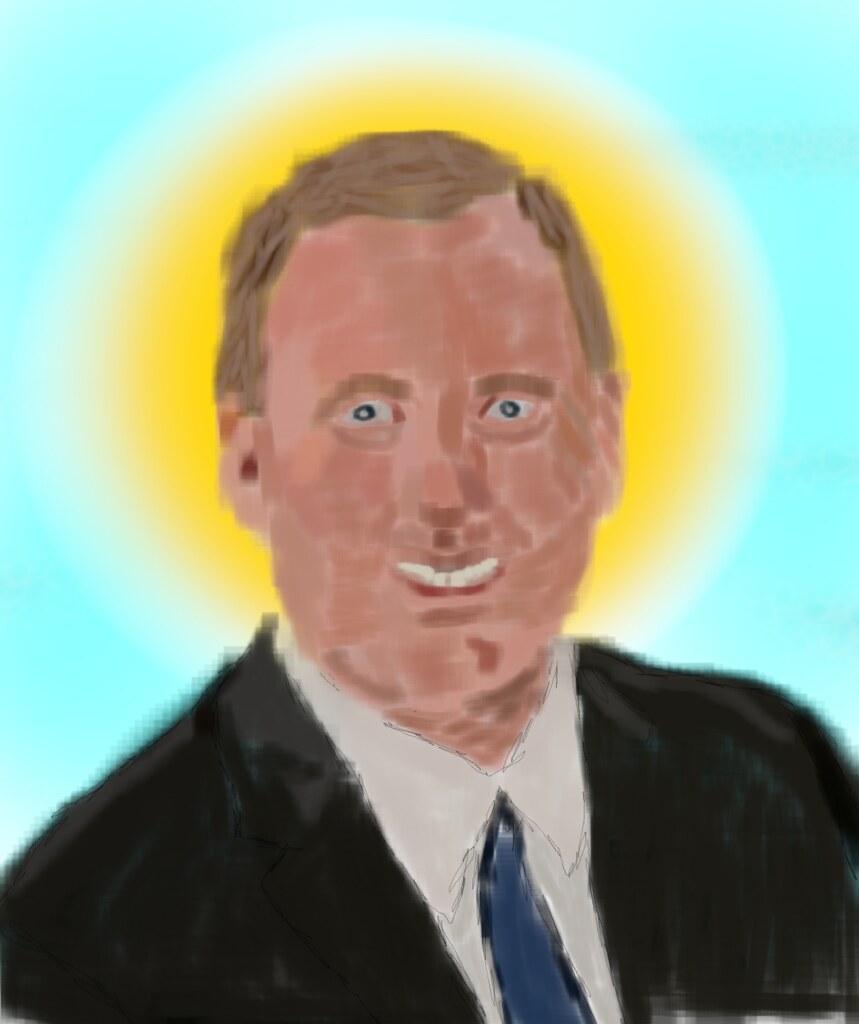 His eyes weren't really that freaky, but, c'mon, eyes are hard to draw.

He worked in the religion department at BYU-Idaho, which makes what I'm going to say about him a miracle.

The religion department at BYU-I is the fuckin worst. It's not like a religion department at normal college, where you'd have a breadth of courses over the world's religions, and lots of philosophy and history. There are some history courses, and there's one world religions section, but the curriculum in those classes is a dicksuck for traditional Mormonism. Everything that could be deeply complex and profound about spirituality and religion ultimately becomes a segue into how Joseph Smith and the Brighamite church that followed him are the only phenomena in the history of civilization we really need to concern ourselves with.


Yeah, sure Martin Luther was cool, but the ultimate purpose was not to reform Catholicism, but to create the conditions for the Mormon church to emerge in the early 19th centu... blah, blah, blah...
This Buddhist guy was different, though. He still taught some courses in the traditional Mormon canon, but I took his world religions class. On the first day of class he was like:


Okay, I know we're all Mormon, and we think we have the best religion out there, but let's just forget about that every Tuesday and Thursday at 10AM and see if we can't find something of value in these other traditions.
He always came into class smiling, holding his meditation bell and mallet. First up, he'd usually gripe about something. He'd complain about annoying students who disputed a grade, or lament the hyper-conservatism and self-righteousness of a colleague. Then, he'd guide us through a mediation. Then, we'd discuss the course material. The discussion was pretty loose, and we usually just talked about what mindfulness looked like in our real lives; like:


I'm pissed at my roommates for never doing the dishes. What would Buddha's advice be?
As the course went on, he opened up to us about his frustrations with Mormon culture and specifically with the department he worked for. His approach to life through the principles of Buddhism was sort of in tension, it seemed, with his own bitchy vibe. He was talking about how enlightenment entailed a detached, peaceful approach to problems as they arose; but he was always like:

That really didn't matter, though. Not for me, at least. He was a great teacher.

One thing that was really refreshing is that he didn't insist on bringing the discussion back to Mormonism. In fact, I don't remember discussing any specific Mormon doctrine in the course. He did, however, make a lot of analogies to Christianity. He said that the detachment you create through mindfulness is a gap that lets Jesus in, or some shit like that.

There was this one class discussion that stuck with me, particularly. We were talking about the concept of detachment, I think in Taoism. He said something like:


So, we really get hung up both with over-making plans and also getting attached to the results of our plans. The Tao Te Ching teaches that we need to let go of what our plans are, and go with life as it arises. It's like we're in a river trying to swim against the current, and we'd be just as happy and successful if we tread water and go where the flow takes us.
And this one student is like:


But, like, I'm super ambitious. I have a lot of amazing things I want to accomplish, and I'm a very driven person. It's something about myself I'm very proud of. What's wrong with that?
And he was all:


Everything about that is wrong.
And she was like:


No, I mean, that I want good things for my life. I'm not attracted by money or praise or anything. I'm just really motivated and that's always been my personality. That's a good thing.
And he didn't say like, "Yeah, as long as you keep that balanced," or "Mindfulness will help you keep your ambition in check." He just said:


Your desire and attachment is going to inevitably cause you to suffer, and even worse, you are tying your whole identity to that wrong-headed approach to life. It's not healthy.
She didn't participate a lot the rest of the semester.

Even though his approach was a little rough, and he didn't seem to exemplify all of what I thought was "Zen," what I learned from him completely changed my approach to and outlook on my entire life. That's not an exaggeration.

When we first started practicing mindful breathing, I was having trouble getting into it. He described that being in a mindful state would be very different from our baseline state of mind; that we would feel it when we slipped out of normal consciousness and into the new consciousness.

One day he said:


Thoughts are always running through your head. Think of them like a band of wild horses. Normally, you spend your day desperately trying to catch hold of one of the horses and ride it for as long as you can. Once you lose your grip on it, you frantically attach to another one.

Try to view your mind like it's a field you're standing in and the horses are running around you. When a thought approaches, watch it, but don't try to climb on top. Just watch it approach, then look at it calmly, and let it pass. As you do this, the thoughts will spread out and slow down. You'll be able to create more and more space between your thoughts and your awareness. You'll be able to experience detached awareness. That's mindfulness.
For some reason, that was what clicked for me. I thought of it like that, and I thought myself into a mindful state. From that point on, I've been able to get into that zone whenever I can sit down for five minutes and breathe. And that practice has really transformed my life.

And, what's crazy (and kind of like a super power) that I'll always associate with this dude, is how, for him, it was this dumb, throw away thing to say. That horse analogy was just like one of a hundred analogies he shares with students every semester helping them get into meditation. I don't know, he was just doing his damn job some random Thursday, and it ended up being one of the most course-altering moments of my life.

My interpretation of Buddhism has grown far apart and far away from how he framed it, but I'll always love him for the gift he gave me.