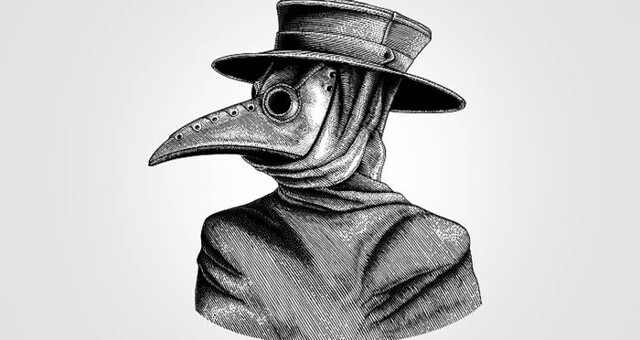 Yes, this is just a reading club blog now.

After Бра́тья Карама́зовы I blasted through the Wikipedia article on Dostoevsky. One of the surprising things there is that he was basically the Dmitri character in real life. He liked to gamble and get drunk and cause mischief of a very Russian kind. Maybe that struck me because I thought of great authors as methodical and structured, and that doesn't seem to have been the case at all for old Fyodor. The other thing I found out that I either hadn't heard before, or hadn't remembered, was that he is considered one of the great existentialists.

In terms of the formal philosophy of existentialism, the big idea is that existence precedes essence. I don't know all of what that means, but one of the implications is that human life is doomed to a terrifying freedom. Much of the freedom is the freedom to self-create. Sartre framed that freedom as causing the great human anxiety or despair; because man assumed God's powers and responsibilities following the "death of God" heralded by Nietzsche.

The existential novelists, though, like Dostoevsky — and this other son of a bitch Albert Camus — weren't committed to the formalism of the philosophy, and instead just kinda wrote in a style and with themes that later came to be called existentialist.

After really digging Dostoevsky, and wanting to see if what I loved about Brothers was the existentialism, or something else particular to his writing, I decided to read from another author on that list, and Camus kinda rose to the top, for me. 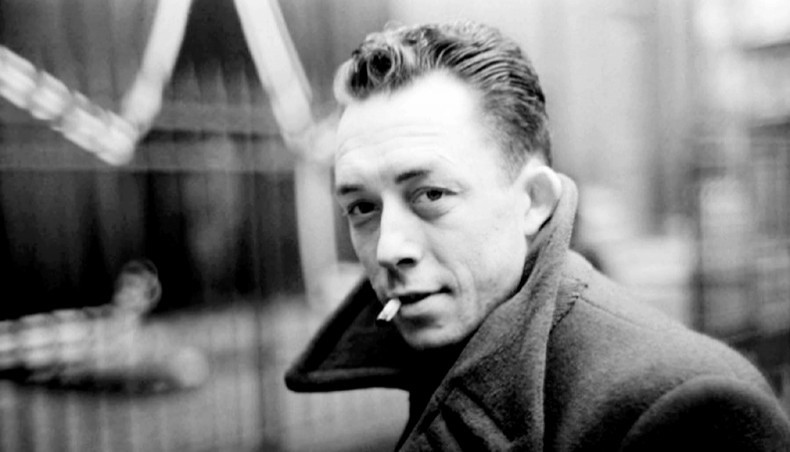 More info
I had heard Camus come up before as a great writer, but what really attracted me was his novel The Plague. I mean, sounded relevant to the moment.

And it fuckin was.

The setting of the novel is Oran, a French colonial town in Algeria. The real Camus lived there with his second wife and wrote the novel shortly after his time there. The book is called The Plague because it's about an outbreak of the actual bubonic fuckin plague. The rats come out and start dying in the streets and before you know it, people are getting sick and dying, too.

There's a period where the town civic authorities are hesitant to admit that the sickness is plague, and the main character Rieaux — a doctor — has to really keep harping on them before they face facts and take measures to combat the epidemic. They eventually lock down the town, since the disease is contained there. Outgoing mail is even cut off.

The novel starts at the onset of plague, and ends with it finally burning itself out. The progression of the disease and its effects are chronicled at one point by the protocol that develop around funerals. At first, they limit the number of attendants to immediate family members, then they make the families do a drive-thru inside their cars at the grave site, then they stop allowing the cars into the cemetery and they just wait outside the gates while their love ones are dropped in a multi-layer mass grave, stacking bodies and layers of lime like a lasagna. Eventually, the unused central streetcar is routed from the hospitals carrying bodies to the crematorium, and funerals are done away with entirely, because even mass graves can't be dug fast enough to hold the dead.

The narrator focuses mostly on the timeline of the doctor Rieux, who is a normal house-call doctor at the beginning, but takes on the overwhelming responsibility of head plague doctor for the entire city for the entire plague year. Camus's philosophy is at play in the way the doctor and those in his orbit manage the burden of the plague. Rieux never tries to deceive himself or others about the reality of the plague. He tells the town officials what the cost of inaction will be, he tells his loved ones how their relationship with him will be impacted by his work, and he looks in the faces of mothers and fathers and children and tells them, sometime days ahead of time, that those they love most are hopelessly fated for death. And what's so brutal about Rieux, is that he isn't a cold, detached character. He feels the depth of loss of the families of plague victims, even when they direct their confusion and dread and anger right at him.

There are lots of other great characters through the story: a young journalist that spends months trying to illegally escape the town and get back to his wife in Paris, a polymath political guy that organizes a volunteer army to assist Rieux, and a fugitive murderer who uses the pandemic conditions to avoid justice and build a criminal empire.

I realized that I connected on two main levels with the novel. One was obviously that I, like all of you, have recently survived a massive pandemic that deeply impacted my plans, my lifestyle, and my soul for the last two years (almost). There were moments Camus described some dynamic (whether it was government trying desperately to delay action, people going through stages of grief and denial as the epidemic wore on, or the shared experience of frustration and anticipation that connected strangers) and it just hits you and you go, "Yeah, that's actually what happens in the real world when something like this comes."

There were a couple passages I highlighted because they hit right in the center of my actual experiences and observations. Spoiler alert, I guess?

He definitely got that inequalities are highlighted in a happening like plague:


There was then a real shortage of man-power both for the higher posts and for the rough work, as Rieux called it. But, paradoxically enough, once the whole town was in the grip of the disease, its very prevalence tended to make things easier, since the disorganization of the town’s economic life threw a great number of persons out of work. Few of the workers thus made available were qualified for administrative posts, but the recruiting of men for the “rough work” became much easier. From now on, indeed, poverty showed itself a stronger stimulus than fear, especially as, owing to its risks, such work was highly paid.
I mean, our case in America at least has shown to be different in a lot of scenarios, where employers and managers seem dead set on holding the line on pay and benefits at all costs, including losing their ability to the keep the doors open. He could be describing America here:


Meanwhile the authorities had another cause for anxiety in the difficulty of maintaining the food-supply. Profiteers were taking a hand and purveying at enormous prices essential foodstuffs not available in the shops. The result was that poor families were in great straits, while the rich went short of practically nothing. Thus, whereas plague by its impartial ministrations should have promoted equality among our townsfolk, it now had the opposite effect and, thanks to the habitual conflict of cupidities, exacerbated the sense of injustice rankling in men’s hearts. They were assured, of course, of the inerrable equality of death, but nobody wanted that kind of equality.
This describes my look on the world of COVID:


Thus week by week the prisoners of plague put up what fight they could. Some ... even contrived to fancy they were still behaving as free men and had the power of choice. But actually it would have been truer to say that by this time ... the plague had swallowed up everything and everyone. No longer were there individual destinies; only a collective destiny, made of plague and the emotions shared by all. Strongest of these emotions was the sense of exile and of deprivation, with all the crosscurrents of revolt and fear set up by these.
Along the same lines, this sums it up well:


In the memories of those who lived through them, the grim days of plague do not stand out like vivid flames, ravenous and inextinguishable, beaconing a troubled sky, but rather like the slow, deliberate progress of some monstrous thing crushing out all upon its path.
It would be dramatic to say that about the disease itself, in my case. I don't know any COVID victims, personally. The angel of death did visit my family again this year, not in a coronavirus but in a gentle stroke in the brain of my grandma (in her eighties). In order to protect my grandparents from "unnecessary risk" we really cut down on seeing them in the last year. And now half of them are gone anyway from something completely different. I'd say the pandemic looms monstrous and lumbering.

What struck me most from the novel, though, was not the particulars of pandemic life, but something more general or universal. I had caught glimpses of this feeling at different points over the last two years, but Camus's synthesis really helped me see something that escaped my ability to describe: life is a plague. The bubonic plague or COVID or anything is obviously a unique tragedy, because it takes massive numbers of people before their time, but in life, in its aggregated causes of death

of human beings will die.

At one point in the novel, Rieux warns that if they don't act to combat the plague, it could kill half the town. But distantly behind that grim reality is the fact that no one in the town will ultimately survive. Every birth of every cute baby is a death waiting to happen. The more I talk to old people, too, the more they say that it goes by so fast. Like, life is there and then it happens and then the time is up.

And I really don't want to downplay the tragedy that a global pandemic is, but I also wonder how often the fear that we face in a pandemic or a disaster is the fear at the ground level. Large numbers of deaths at one time challenge our ability to distract ourselves from the horror that we are a candle that has already been lit and even if we don't get blown out we'll hit the bottom eventually.