Getting into my politics

I think talking about politics should be treated like talking about what you like done to your butthole during sex: shared only with people you know are going to either agree with you or love you in disagreement, and definitely never, ever, ever, ever discussed at work nor in earshot of children.

But, this is the kind of place where I would talk about what I like done to my butthole during sex. Turns out, on that question, I don't know. I haven't ever done anything with it or asked anyone to do anything to it, yet. And what I'm going to share about my politics is both very similar and totally the opposite to my position on butt stuff. Ultimately, I don't know. But, my lack of confidence does NOT stem from a lack of experimentation. Instead, I've filled my head with so much contradictory politics, I can't tell up from down sometimes. So far I have never heard an -ism I've identified with; I don't have a political party. I've been a registered Republican and Democrat at different times in my life to vote in closed primaries, but I think both are gross.


I do, though, have this tendency to pick political heroes. I offload my critical thinking to them, obsessively listen to everything they've said on YouTube, then, usually, I find out I disagree with them about something, or I find a new hero to worship who disagrees with them, and it's like the death of God to lose them.

One of my current darlings is Mariana Mazzucato. 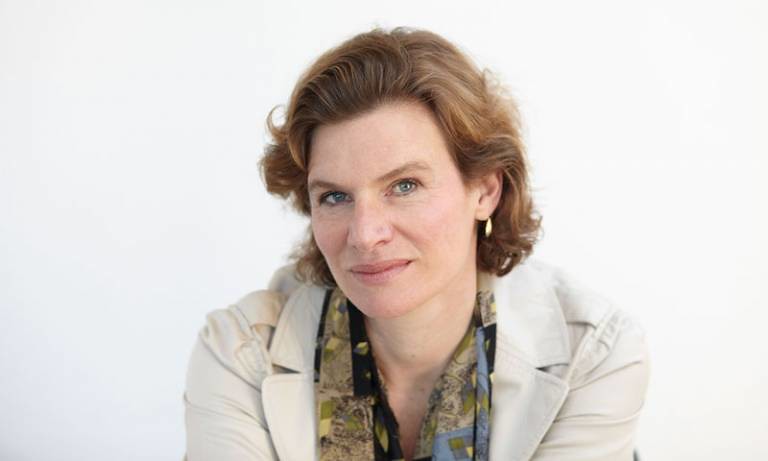 Image attribution | More info
She's a professor in the Economics of Innovation and Public Value at University College London. She's written a lot about state-led innovation. She makes the case that most of the great innovation of the last century has been state-sponsored. She breaks down the iPod and the iPhone, showing that even though Apple received praise for the invention of modern mobile technology, its most research-intensive components actually stem from long-term, risky projects at publicly-funded programs. 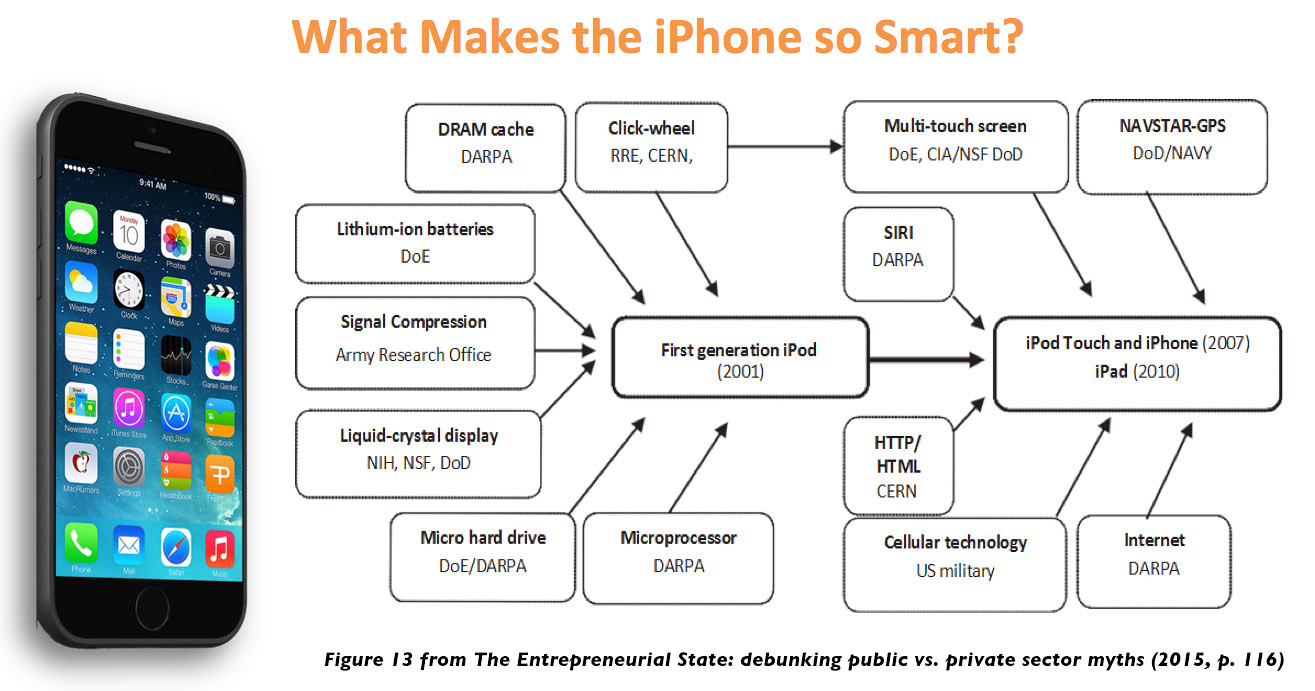 Image attribution
Mazzucato's work weakens the myth that free market capitalism is the source of production and value, and that government is there to simply regulate the market, and redistribute the wealth. Instead, the state is a powerful driver of production and innovation, possibly more efficient and effective than free enterprise, in most cases.

Another super economist I love right now is Ha-Joon Chang, a South Korean professor at the University of Cambridge. 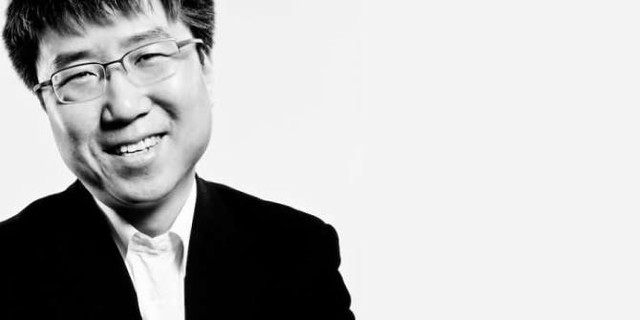 Image attribution | More info
I highly recommend his INET video series called Economics for People for anyone interested in exploring economics for the first time. Some of his big ideas include the role of economic protectionism in the growth of wealthy nations, economic pragmatism, and pushing economic literacy for regular people.

One of the things I've heard him say that just sticks with me is:


Unfortunately, economists have been fantastically good at making people believe that what they do is very difficult. People have very strong opinions on all sorts of things, like the European Union, climate change, and the Iraq War. You know? I have my views on the Iraq War, but do I have a degree in international relations? I mean, I took one international relations class back in 1983, but I still have made comments. I still have strong views. But when it comes to economics, people say, "Oh, that's for the experts. Too complicated for me."

It's only because people have been scared into believing: "This is too difficult. You just listen to us."

Economics has become the language of power. The Vatican banned the translation of the Bible from Latin into local languages, so that only educated priests and some elites could read it.

You have to change this way that people understand about taxation, government spending, social insurance. This idea that poor people are just taking; no, poor people are also paying taxes. Economist use this term tax burden. This is the price you pay for public service. Do you call your Netflix subscription a burden? Because it's taking money away from you? That's not how people see it.

We all have have to play a role. Ultimately, it's the people. Are we going to argue for some kind of dictatorship? I lived the first twenty-five years of my life under a military dictatorship, and I don't recommend it for anyone.

Ordinary citizens have to engage with [studying economics], because that's the price we have to pay to have a democracy.
I really like Mazzucato's idea of living in a country where we use tax dollars to fund large-scale, ambitious, risky missions. And with Chang, I want to live in a country with politically-active citizens who make the economy work for them. On the other hand, I really worry about the power of a state with large-scale capability. 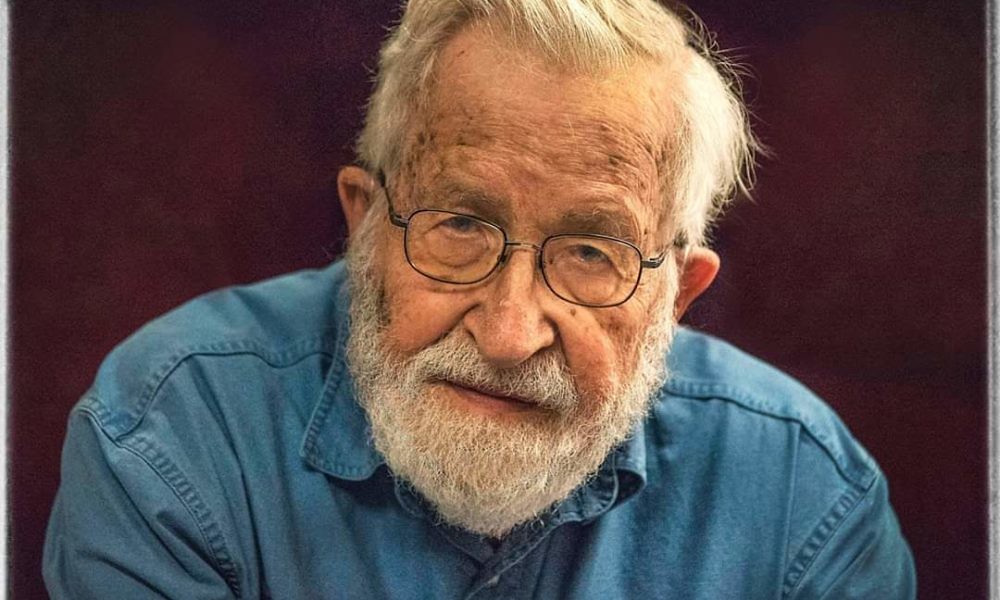 Image attribution | More info
Noam Chomsky is a professor of linguistics that spent most of his career at MIT. He was and is a prolific speaker and activist. Among other things, he has been a relentless voice against the injustices perpetrated by American intervention in the Middle East, Africa, Southeast Asia, and Central America.

As a typical American high schooler, slavery was part of the discussion in my history classes, as were the world wars, Vietnam, and the present-day conflict in Iraq and Afghanistan. But before I encountered the works of Noam Chomsky, I was completely unaware of the CIA's involvement in Central and South America. I didn't know about the US's sponsorship of the conflict in East Timor. I didn't know about the bombing and destabilization of Cambodia. In short, I wasn't aware that I was a citizen of a terrorist state.

Here's a snippet from an interview he did with EuroNews in 2015:


EuroNews: That brings me to the subject of terrorism then. Because that is really a global blight and some people, I think including yourself, will say that this is blowback for US terrorist policy around the world. How far is the US and its allies responsible for what we’re seeing now in terms of the terrorist attacks around the world?

Chomsky: The drone campaign – that’s exactly what it is. Over large parts of the world, the United States is systematically, publicly, openly – there’s nothing secret about what I’m saying, we all know it – it’s carrying out regular campaigns to assassinate people who the US government suspects of intending to harm it someday. And indeed it is, as you mentioned, a terror generating campaign...
Chomsky is, at the same time, my biggest political influence, and my most challenging to integrate. It's taxing to consider the moral weight dragging at the ankles of the United States, a nation existentially dependent on both the terrors of chattel slavery and also the annihilation of a continent of indigenous people.

Chomsky's voice is ultimately a hopeful one, though. As hard as he hits against injustice, as boldly as he stares into the abyss, I think it's hope that drives him. He said:


I'm not a Repub, I'm not a Dem, I'm not a Libertarian (who are the most fascinating, fucking terrifying people on earth).

We might as well let toddlers vote #Election2020 https://t.co/GPfsEQlDRT